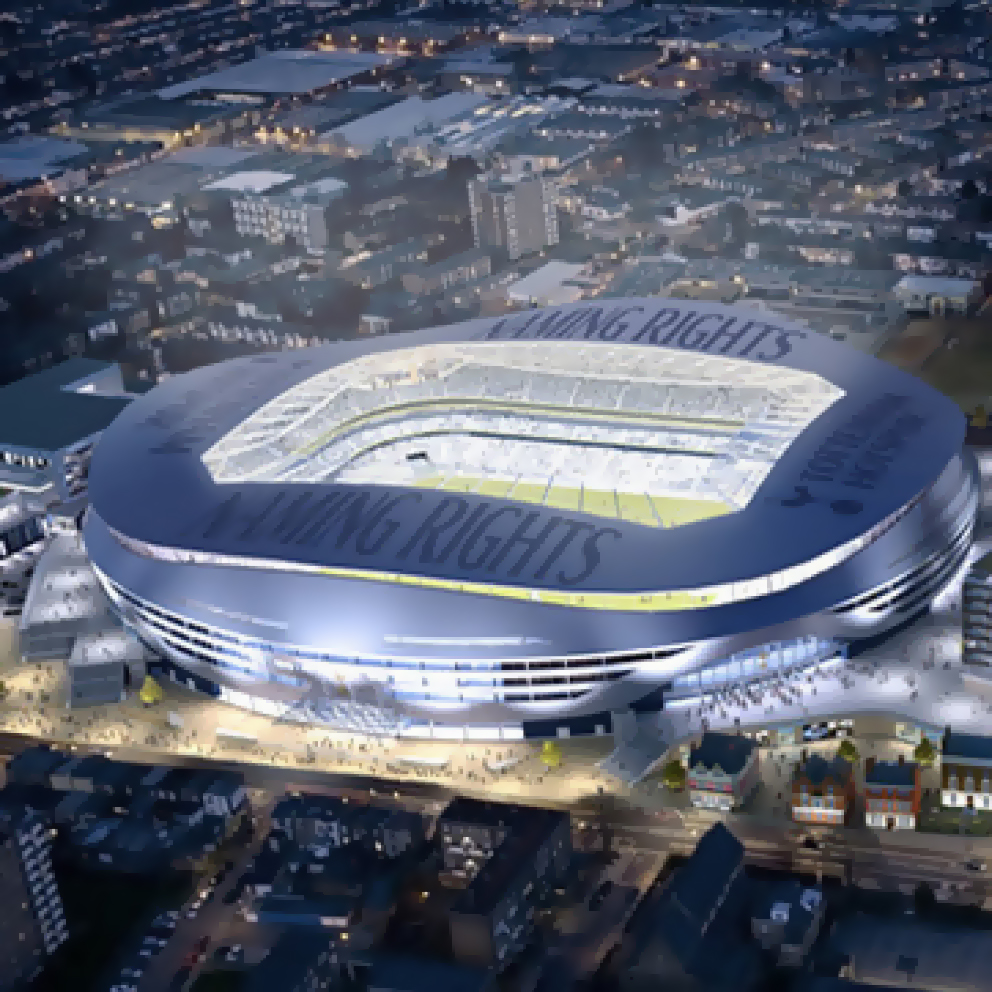 Tottenham’s plan is to build two thirds of the new stadium to the north of the old stadium. They will then demolish the old stadium during the summer break, seed the new pitch and then start construction of the remainder of the stadium. When Spurs move into the two-thirds complete stadium, capacity will be at least 37,000, so there will be no need to move temporarily elsewhere. At last, it will have a capacity of 61,000.

Invisible Connections UK, have done a god job on this project and will support Morrisroe with some 1500 RVK and TSS units. The precast job is done by Flood precast.